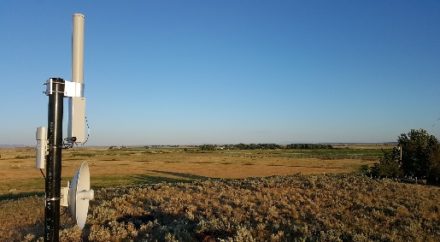 “The guidance and support of the SBDC has been extremely beneficial in the growth of MiWave.”

MiWave is a local internet service provider based in Burns, Oregon, providing residential and business customers with high-speed internet access in a very underserved community. Through wireless radio links, MiWave is able to provide data speeds unavailable to nearly 95% of the customers in the area. The company started in 2016, and launched commercial service in January 2017, becoming fully profitable in June 2017.
MiWave saw steady growth throughout 2017, exceeding expectations for initial business planning. In late 2017, the opportunity arose to bid for purchase of a competitor’s network in the area. With the help of the SBDC, MiWave submitted a bid for the network, and was announced as the winning bid in December 2017. The SBDC assisted in purchase agreement negotiation, capital raising and advising through the process of the acquisition.
On May 1, 2018, the purchase was closed, and MiWave instantly grew its customer base by 50%, expanded its service area footprint by nearly 150%, and increased revenue by nearly 50%. The company has now hired an installer and part time office manager, and the company is on track to meet the original 3-year revenue target in less than 18 months!
To learn more about MiWave, click here.
To download the full success story, click here.
Idaho SBDC Success Story
Burns, OR