There are no events to display.

opens in a new windowFind a Training

Bill has served as the Director of the Idaho Small Business Development Center at the North Idaho College since October 2005. Prior to joining Idaho SBDC, Bill served as the Executive Pastor of a large church. He has also performed strategic planning and organizational alignment for World Vision, an international relief and development agency.

As an entrepreneur he started two ventures and turned around two failing businesses. He also worked as a management consultant to Fortune 1000 companies in manufacturing, service, and non-profit industries. He began his career designing, building and running manufacturing plants.

Jamie has over 20 years of experience as a business owner and business consultant. For the last 10 years, she has run her own marketing company focused on online marketing with a specialty in SEO/SEM, websites, and social media.

Jaime also has extensive experience with hospitality, tourism, construction, real estate, and education. She joined the North Idaho Small Business Development Center in 2018 and looks forward to helping others thrive and grow!

Jamie has been married to Tom, an Idaho native, for over 25 years and they currently live in Coeur d’Alene with their three children, their dog Ollie, and guinea pig Skippy. Having originally grown up in Montana, she felt right at home with her move to North Idaho in 1991 because of her love for the outdoors. You may even see her riding her bicycle around town. Watch for the person in purple!

Warren managed an international defense contracting business for 10 years, specializing in surface-ship and nuclear submarine applications to meet a demand for fire-resistant materials.

He spent the next 15 years of his career in the international specialty chemical and plastics industries, driving business and market growth in emerging markets like Asia, The Middle East, and South America. During this time he developed an action-oriented process for Strategic Planning, published a book describing the process, and ran a Strategic Planning consulting business.

Warren and his wife Nan moved to Idaho in 2015 and Warren joined the North Idaho College Small Business Development Center in January of 2016.  He also runs a private consulting business.

Deborah Dickerson, PMP, MBA has been involved in project management for almost 20 years across many industries. She has an MBA in sustainable business as well as leadership training from Landmark Worldwide and lives in Sandpoint, Idaho.

She was a partner in a digital marketing firm for two years while doing contract work an additional three years with non-profits and small businesses. Most recently, she worked at Spokane Falls Community as an organizational wide project lead.

Deborah has created and executed digital marketing strategies utilizing Facebook and LinkedIn including email marketing. She also developed websites on a number of platforms.

When not working, she can be found biking, hiking, and skiing in the mountains or paddling around Sandpoint. She also enjoys serving at her church.

For the majority of his career, Dennis worked for a major international aerospace company. As a member of the senior leadership team he helped to design and build world class aerospace products.

He started his career working in the Industrial and Manufacturing Engineering of aerospace graphite parts and subsequently held a variety of leadership positions in the U.S. and Europe.

Dennis served on the board of a software development company and ran his own Financial and Tax planning business. In addition, he taught classes in business management and Corporate Finance at both the graduate and undergraduate level.

Dennis and his wife moved to North Idaho in 2010. In 2016, he accepted the position as Director of Boundary Economic Development Council.

She is passionate about serving and supporting small businesses and strengthening local communities.

When not working with small business owners, she is out biking, kayaking or looking for Sasquatch somewhere in the beautiful Pacific Northwest.

Sam has over 15 years of experience in marketing and online environments. For the last 8 years she has been working with small businesses and franchise owners creating and guiding marketing teams while assisting owners in marketing best practices for a digital world.

Originally from the D.C. metro area, Sam moved to Spokane, WA in 2009 during a military move with her ex and fell in love with all of the outdoor fun the Inland Northwest has to offer. Now she splits her time between North Idaho and Washington D.C. In her spare time, she loves to hike, paddleboard, and catch-up on the latest Netflix, binge-worthy show.

John has been an executive, owner, investor, and advisor with entrepreneurial companies since 1980. He has served as CEO of four manufacturing companies between 1980 and 2000. For the following 20 years, John was an investment banker, hired by owners of private companies to maximize their value when they chose to exit their business.

During his career, John has completed over 30sales, mergers, and acquisitions. John has a bachelor’s degree in economics and an MBA. He served four years asa Naval Officer from 1970 to 1974, aboard the USS McMorris (DE 1036) in the Pacific Fleet and the USS Farragut (DLG 6) in the Atlantic Fleet.

Beth Freeman obtained her Associate degree in Business Administration from Arizona Western College while working as the Coordinator of the college’s Performing Arts Series and School Outreach Program. She was
awarded the Arizona Board of Regents Scholarship leading to her Bachelor’s degree in Business Management from Northern Arizona University.

Beth was hired as a command advisor and Director of Family Programs for the Marine Corps while living in Japan and continued in that role for Marine Corps Special Forces in southern California. She then transitioned into business consulting in the franchise industry where she evaluated small businesses in their pursuit of franchise growth. Upon arrival to northern Idaho, Beth became a licensed esthetician and opened a successful skincare business.

Beth has lived in Japan twice and travelled throughout Asia and Europe. She has three children and three grandchildren who motivate her daily. She has served in volunteer positions through her church and community, as PTO President, and Volunteer Coordinator. Beth is excited to be part of the Idaho PTAC team as they continue to support local businesses with government contracting. 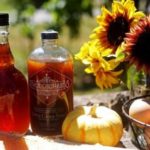 Our consultant had vast experience in the retail market which sparked our interest to sell our farm crafted products beyond Idaho. Read the full success story. 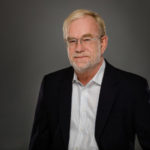 He has been an essential part of our success. Read the full success story. 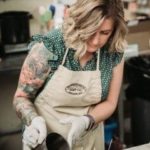 We were able to maximize our profits and meet the high demand for soap. Read the full success story.