Skip to content
Posted on October 6, 2021 by Aaron Day

“Ann was the first person to show me a pitch deck and help me with that. The [SBDC Student Team] showed us research about our market and recommended we stay in mid to high level markets – that are ‘pay to enter,’ like airports, instead of gas stations.”

Washie founder Rob Poleki found inspiration in an airport bathroom visit with his four year old son. The seat was dirty and his son refused to sit on a toilet seat cover until Rob cleaned the seat with paper towels and soap. This made Rob think: everything in a bathroom is hands free except for the seat, and there hasn’t been any innovation in toilet seats since the paper cover. 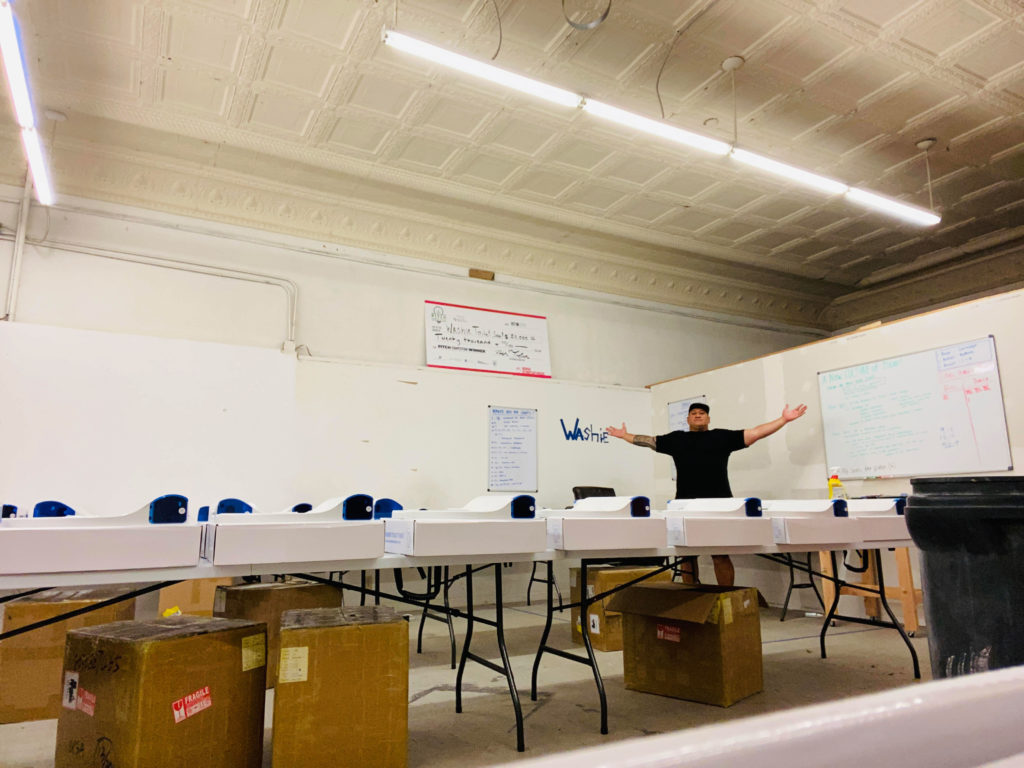 Since then, he has been meeting with national service station brands, large regional airports, and investors. Washie has been installed in the Pocatello Airport, hospitals and country clubs, as well as locations in Boise. He will make his first install in Utah this year. Rob has raised 600K for the company from local investors in Boise, Southeast Idaho and Utah.

2021 has been a challenge for Rob because of supply chain slowdowns. However, he has orders to sell his first one thousand seats in the first quarter of 2022 and will install 400 seats in key markets in Idaho and Utah. This will be a brand introduction in those areas. Rob came to the SBDC in 2018 as he was starting to introduce the company to investors. He prepared for Boise Startup Week with Ann’s help and used the pitch deck and practice to win the top prize. In 2020, Claudia helped Rob win a Disadvantaged Business Enterprise grant. That same year, Rob worked with an SBDC student team.