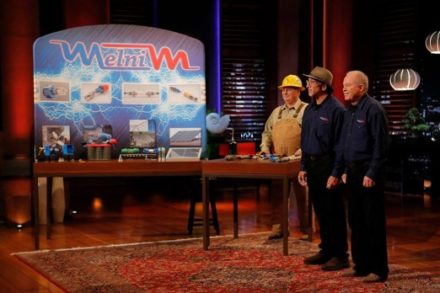 An Idaho invention gets nationwide attention

“The SBDC helped me to determine if this invention was worth sinking all I have into it. I could not have made that decision without their input.” – Mark Melni, owner and inventor

After watching an elderly friend perform the tedious task of splicing wires, inventor Mark Melni came up with the Melni Electrical Connector. This device offers a faster, safer and cost-effective way to transfer power. Simply twisting the invention’s end caps produces an electrical connection.
With the invention designed, he now had to make it a reality. “I became acutely aware of how complicated it is to bring a new product into reality.” To face this daunting task, he turned to the Idaho SBDC. “They have been with me every step of the way” from identifying the potential of the invention to making important connections like the Idaho National Laboratory and professionals willing to help.
In 2010, the company was voted Entrepreneurial Idol for the State of Idaho at the Idaho TechLaunch 7.0 competition. And in 2016, Melni appeared on the Shark Tank and was subsequently funded by Mark Cuban. With this exposure, he has been approached for requests of his product from Finland to New Zealand. The company is currently in the UL testing phase to ramp up sales.
Learn more about the Melni Connector.
View the full success story.
Idaho SBDC
Twin Falls, Idaho
Twin Falls County